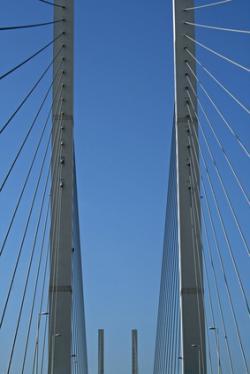 Dartford may seem a strange place to find in Cultural Britain, but it did produce two of the most iconic figures in British Rock and Roll history, Mick Jagger (somewhat incongruously now Sir Mick), and Keith Richards , both born in the town in 1943.
Jagger was born in the local cottage hospital on July 26 1943, Richards in the same place five months later, on December 18.
The two who lived in the same part of the town went to the same infants school, Wentworth Primary, where they knew one another. But at senior school level they went their separate ways: the academically gifted Jagger (who went on to win a scholarship for the London School of Economics where he began studying for a degree) went to Dartford Grammar, Richards to Dartford Technical School (now called Wilmington Grammar).
Both were choirboys: Jagger at the local church, Richards at Dartford Technical School - he even went on to sing in Westminster Abbey before the current Queen.
While as Dartford Grammar Jagger formed his first band, Little Blue and the Blue Boys.
In 1961 fate intervened in the lives of the two former schoolmates, when they bumped into one another on the Dartford to Sidcup train - that's rock and roll. Jagger had a bunch of imported American albums that showed Richards they shared a taste for blues, and they got talking. Richards was soon invited to join Little Blue, which in various stages metamorphosed into The Rolling Stones, and the rest is history, several zillion album sales, and what seems like an endless world tour.
For lovers of The Rolling Stones thanks to recent developments there are numerous places to visit in the town beyond those Jagger and Richards knew as kids: in a rare piece of creativity the local council there has given 13 streets on a new housing estate names associated with the band: Stones Avenue (not the most creative); Little Red Walk; Ruby Tuesday Drive; Cloud Close; and Angie Mews among others. They resisted the temptation to add Paternity Row. Maybe the council hopes for tourists to photograph themselves by the street signs, though it is to be hoped that they don't steal them for souvenirs.
More closely linked with what Jagger and his colleague went on to achieve is The Mick Jagger Centre on Shepherds Lane in Dartford , a high-tech music venue that stands right by Dartford Grammar School to which it is linked. Jagger attended the opening ceremony, and funded the start-up of The Red Rooster Project run from the centre, teaching children in the area to play stringed instruments.