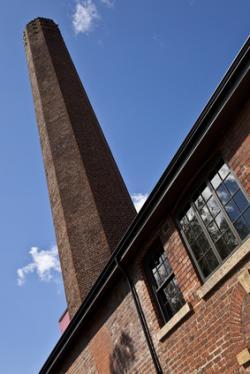 Thanks to idiot politicians of the last three decades  cant we just sell one another insurance and burgers?  our steel industry has declined to the point where it seemingly has more past than future. But the industrys significance in our history is such that in South Yorkshire a fascinating legacy is waiting to be explored. That sounds a bit dry, but isnt, and theres plenty of hands-on stuff for the kids.
There are many permutations possible in visiting all, or more reasonably some of these attractions , although they are contained in a thin triangle with Sheffield, Barnsley and Rotherham at its points. In historical terms the best place to start would surely be Abbeydale Industrial Hamlet in south Sheffield, where iron and later steel were worked from the 13th century (or possibly earlier) until quite recent days. As a heritage centre it focuses on the 19th century version of the site, but with early Georgian machinery too. You can see how blister steel was made, and the way it was forged into implements. At Abbeydale you can feel the past as well as look at its relics.
While in Sheffield it would make sense to call on the pretty central Kelham Island Museum , where there is a very impressive Bessemer converter, the largest remaining in England, along with a multitude of science and engineering displays and exhibits. Time your visit right and youll be able to see the River Don Engine in action, a giant (12,000hp) steam engine used as late as 1974 in rolling steel. Not that it should influence your decision of course, but the museum is next to a pub owned by the award-winning Kelham Island Brewery.
If the kids are itching to get stuck in to some serious button pressing, getting wet, and exhausted, the next stop has to be Magna in Rotherham, which calls itself a science adventure centre and fits that bill. As regards steel the highlight (in more ways than one) is The Big Melt, a demonstration generally every-hour-on-the-hour of how steel was made in an electric arc furnace  very loud, very bright, loads of sparks and smoke. Its not the real thing but youd not know it. Elsewhere on the site, apart from a big outdoor play area, there are sections on air, water (take a towel or even change of clothes for any pre-cool kids) earth and fire, and lots of interactive elements that will mean you wont get the full Im bored with slumped shoulders line.
Again in Rotherham you can see what the steel factory owners did with their money at Clifton Park Museum  not to pre-empt it too much, but they bought big houses and filled them with furniture and art, the much refurbished interior here a fine recreation of a grand Georgian home. Another plus is that its free to visit.
Elsecar Heritage Centre in Barnsley has in common with Abbeydale Hamlet in that it includes a collection of workshops, here related to both coal and iron/steel, but it also has craft demonstrations, antiques, and loads of science stuff (buttons to press again) to appeal perhaps to a broader range of interests and family members. Theres also a small preserved steam railway, going on or just seeing trains a winner with most of us. For those of us not afraid of geekdom there is more excitement in that Elsecar has the oldest Newcomen beam engine still situated in its original place of operation (installed in 1795!), once used to pump water from the pit.
Another survivor is Wortley Top Forge , also in the Barnsley district, thought to be the oldest ironworks of its type occupying the original site  it dates back to Stuart times if not earlier, throughout its existence using waterwheels for some of its power  there are three in working order here, to be seen along with the forge, various steam engines, and giant steel-processing hammers.
The opening hours of all these sites vary, and some could be subject to occasional closures for maintenance etc, so do check before starting out.
While you are in South Yorkshire there are lots of other things to do: Sheffield is now shopping city rather than steel city for instance, with many concerts and other events held there too and brilliant sporting facilities; architecture fans may like to make for The Chapel of Our Lady in Rotherham, one of only four bridge-chapels left in the country; and there is lovely countryside to explore, not least in the Peak District .
Information Britain has a wealth of accommodation options in the county, from cottages to grand hotels and everything in-between, in town and city centres, or hidden away in little villages or really away from it all on their own. We hope youll enjoy browsing our pages and are sure youll find something to suit your needs  and pocket.